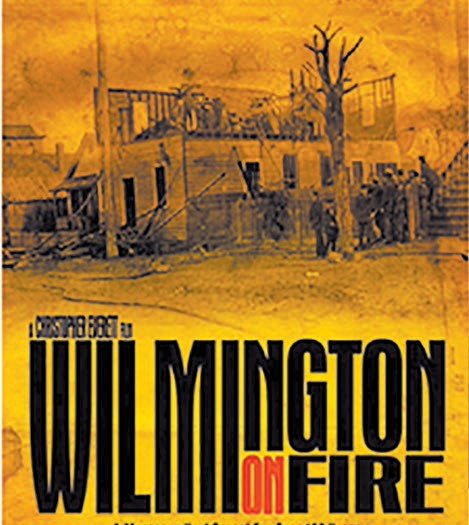 After a yearlong tour across the state of North Carolina, the award-winning documentary “Wilmington on Fire” makes its Georgia debut at the 28th Annual Savannah Black Heritage Festival, which is sponsored by Savannah State University and the City of Savannah’s Department of Cultural Affairs in Savannah, Georgia. “Wilmington on Fire” is a documentary about the 1898 massacre in Wilmington, NC that unseated a multi-racial elected government which led to Jim Crow Segregation in North Carolina. After the screenings, the director will share his experiences on making the film and discuss his perspective about the 1898 massacre and its impact on North Carolina and the nation as a whole. “Wilmington on Fire” is a feature-length documentary that chronicles the Wilmington Massacre of 1898. The Wilmington Massacre of 1898 was a bloody attack on the African American community by a heavily armed white mob with the support of the North Carolina Democratic Party on November 10, 1898 in the port city of Wilmington, North Carolina. It is considered one of the very few examples of a violent overthrow of an existing government (coup d’état) and left countless numbers of African-Americans dead and exiled from the city. This event was the launch of the White Supremacy movement and Jim Crow segregation throughout the state of North Carolina and the American South. The film features Dr. Umar Johnson, Larry Reni Thomas, Dr. Lewin Manly, Faye Chaplin, Inez Eason, William Darity Jr., LeRae Umfleet, Kent Chatfield, Queen Quet, Sonya Patrick, and Daawud Muhammad.

The Savannah Black Heritage Festival will continue through February 26th. For other event information, visit www.savannahblackheritagefestival.com.