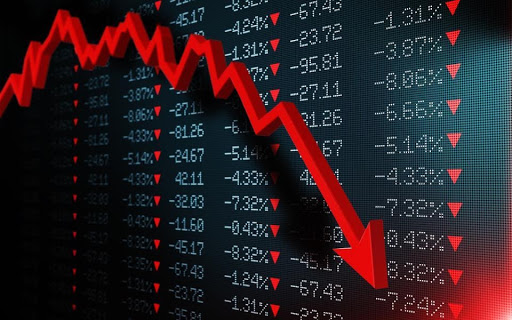 In the first economic forecast of 2020, the Federal Reserve expects a cumbersome economic recovery from the pandemic-induced recession, with unemployment figures expected to rise and rates staying near zero for several years to come. Such was the sum total of its verdict delivered in Wednesday’s news conference, after concluding a two-day policy meeting.

In the immediate aftermath, stock markets reacting to the news of drawn-out unemployment in 2020, fell for the first time in months. Prompting President Donald Trump to take to social media and attacking the Fed on Twitter following its projection.

The president tweeted saying “The Federal Reserve is wrong so often. I see the numbers also, and do MUCH better than they do.” Adding that “We will have a very good Third Quarter, a great Fourth Quarter, and one of our best ever years in 2021. We will also soon have a Vaccine & Therapeutics/Cure. That’s my opinion. WATCH!”

The Chair of the Federal Reserve Jerome H. Powell underlined the Fed’s obligation to do “whatever we can, and for as long as it takes” to support the recovery and “limit lasting damage” to the economy. However, he did reiterate the worrying reality of “many millions” that “have lost their jobs,” and stressed the fact that the degree of the economic downturn and road to recovery remains “extraordinarily uncertain.”

“The ongoing public health crisis will weigh heavily on economic activity, employment and inflation in the near term, and poses considerable risks to the economic outlook over the medium term,” said the Fed in addition to the grim data it presented on Wednesday.

By all accounts, the Fed’s forecast projects a much slower pace of recovery than the Trump administration anticipates as it presses forward with reopening America, which it embodies in its new-fangled “Transition to Greatness” slogan.

Ahead of Trump’s inauguration in 2017, when speaking with Washington Reporter, Karen Tumulty, he claimed he’d already decided on his slogan for re-election bid in 2020. Pausing for effect, he said “Are you ready?” Pregnant pause. “‘Keep America Great,’ exclamation point.”

Now, obviously running with such a slogan has gone out of the window, utterly unbefitting to the current status quo in America, turned upside down by a global pandemic, economic downturn and civil unrest.

Over 2 million cases of coronavirus infections and nearly 120,000 Covid-19 related deaths make the US the worst-hit country in the world by a significant margin. Not even two countries combined come close to the magnitude of the public health crisis that exists with the borders of the ‘land of the free and home of the brave.’

The unemployment rate was closing on 15% by the end of April, and while it did shrink to nearly 13% in May – declining against previous expectations – economists maintain it could – in worst-case scenarios – very well swell to 20% or, even, higher yet, to 25% by the time the 2020 US Elections roll around. The direction and trend depend wholly on containing the spread of Covid-19 and avoiding a massive second wave of the deadly virus hitting early in autumn, something epidemiologists aren’t ruling out.

The Organisation for Economic Cooperation and Development (OECD) released a report earlier this week warning the world economy faces its severest downturn in a century and rebounding from it could see intervals in which it falters. Echoing essentially some of the prognostications delivered by the International Monetary Fund (IMF) at the start of the global pandemic.

Following the OECD’s report, the National Bureau of Economic Research (NBER) announced earlier this week that due to economic activity plummeting on the heels of state-issued, lockdown measures in March and April the United States has now entered a recession after the economy peaked in February.

Signaling that the world’s largest economy is heading into a recession – even if it is a man-made recession, due to virus-mandated edits – is a real concern, as the economic contagion spreading around the world with greater impact increases. And as is typical in such circumstances, those that are likely to suffer the most are developing countries, heavily reliant on trade and support from stronger developed countries.

Common wisdom dictates growing global trade uncertainty, disruption of supply chains, reduced production footprints in Asia are just some of the many factors that will hold back global growth in 2020.

And yet: the US Treasury Secretary Steven Mnuchin attempted to put a more cheerful spin on the US economy and where it stands when speaking to Senators on Wednesday, contrasting starkly the doom and gloom the OECD, Fed and IMF have trotted out. According to Mnuchin the US economy is “well-positioned for a strong, phased reopening of our country.”

It’s long been held that a strong economy will prove to be a factor when voters head to the polls in November; and Mnuchin’s optimistic spin on the economy helps president Donald Trump in his bid for re-election in November, despite the odds and polls standing against the ‘America first’ president in recent weeks. thanks to the catalyzing effect of the Black Lives Matter protests, of which Trump’s handling has come under heavy criticism.

Whether the Republicans or Democrats are in command of the White House over the next four years will be crucial towards the US economy and global economy, making the 2020 US elections that pit Trump against Biden one of the most pivotal in the nation’s modern history.

Five months remain before American voters will head to the ballot box and how the fight against coronavirus progresses, how the US economy recovers and how calls for change in America are dealt with are sure to combine to determine whether Trump is re-elected for a second term in office or whether presumptive Democratic presidential nominee Joe Biden ascends to power.