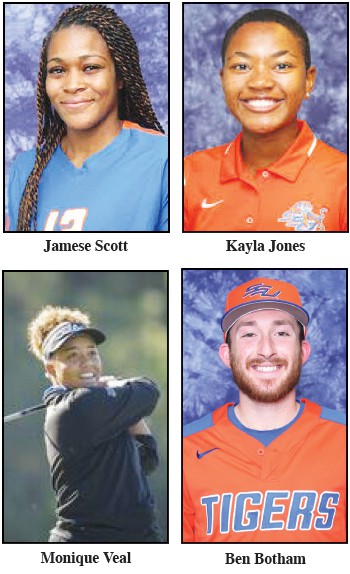 Joining the largest class to ever graduate from Savannah State, 11 student athletes received their degrees during the University’s virtual commencement ceremony Saturday, May 9.

Due to the coronavirus pandemic, the student athletes, alongside over 400 other Savannah State students, were recognized during a live-streamed event honoring the Class of 2020.

Savannah State alumnus Shannon Sharpe appeared in a video with some words of encouragement for the new graduates. Sharpe, now the co-host of Skip and Shannon: Undisputed on Fox Sports, is an NFL Hall of Famer. He played 14 seasons in the NFL, winning three Super Bowls. He graduated from Savannah State in 1991.

Three Savannah State student-athletes in the 2020 class graduated with honors.

Savannah State also honored volleyball player Karissa Tatum (Lafayette, Ga.) during the commencement on Saturday. Tatum, who passed away in September of 2019 after an auto accident during the evacuation for Hurricane Dorian, was awarded an Associate of Arts posthumously with a video memorial.