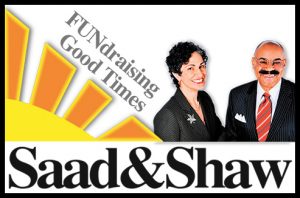 Part one of a two part series

Does your board, committee, or team meet over and over again without gaining any traction, let alone achieving anything that could be considered success or just completion? If you answer “yes” you may be suffering from planned confusion.

Sometimes we are our own worst enemy. And, what’s worse, we don’t know it. Or even worse, we know exactly what we are doing: we set things up so it’s hard to point fingers and difficult to remedy the situation. As the name implies planned confusion is planned. Sometimes consciously, sometimes unconsciously. It has symptoms and causes. Here are a few – are any of these familiar?

Symptoms: We try to schedule meetings, but they keep getting postponed at the last minute. The person who is supposed to take notes or minutes doesn’t distribute them, and when he does they don’t include action items or agreed upon next steps. When we meet we have to start from the beginning because many people were unable to attend the last meeting and need to be “brought up to speed.” And, we don’t have an agenda, or we have one that lacks specificity. As a board, we lack a quorum, so when we meet we are not conducting official business. At meetings we constantly hear from people with no track record or integrity – they don’t do what they say they will do. We get frustrated by our inability to neutralize “meeting bullies” – those who talk loud, flex their muscles, and intimidate others from participating.

More symptoms. We have a culture of excuses and the result is that people don’t do what they say they will do. When we make decisions, the follow up activities are not completed on time. We suspect that our team members or board members really don’t care – they are participating because they have to. We lack the courage to look at the underlying issues that need to be addressed. We present issues, ideas and thoughts that go against our stated goals and objectives, or proposed/identified solutions. We don’t have defined goals, objectives and expectations. We don’t know what we are trying to achieve and we don’t have a timeline. When we do move forward, people are unable to “stay in their lane” – they focus on the work and responsibilities of others, instead of their project. We don’t need anyone from the outside to undercut our momentum: we do it ourselves.

Causes. Underneath these symptoms there are usually a few causes. These include a lack of defined purpose or an outdated vision; the wrong people on the board or team, lack of leadership, poor communication; and/or lack of consistent follow-up between meetings. Being honest is the first step in finding out what’s really going on. If you are committed, then you need to speak up. Talk to your team/board members off line. Learn their perspectives. Be sure to keep your word, and then begin the process of holding people accountable to their word.

Next week is Part Two: Suggestions for how to combat planned confusion

Mel and Pearl Shaw are authors of four books on fundraising available on Amazon.com. For help growing your fundraising visit www.saadandshaw.com or call (901) 522-8727.