For nearly 170 years, the city of Savannah has erased the memory of the African slaves and their descendants who labored and built the city by forgetting its “Negro Burial Grounds.”

The burial grounds are a part of Savannah lore, a ghost lure over the past three decades as the city revived a selected antebellum narrative. The burial grounds once located in the outskirts of the city are presently historic squares located within the heart of Savannah’s historic district. The city renamed the squares, at Habersham and South Taylor streets, and at Abercorn and East Gordon streets, in the 1850s after a pair of slavery supporters named Calhoun and Whitefield.

Now, the squares are the focus of an effort to compel Savannah to recognize the enslaved people interred in the burial grounds.

The burial grounds were the only legal places in Savannah where slaves could be interred from 1763 to 1851. The city documented the locations of the graves until 1855, when they were no longer identified in the city records.

New York photographer Lauri Lyons found herself on a tour in 2017, and she heard whispers about the burial grounds in or around Calhoun Square. She said Monday in an interview that it made her uncomfortable and she researched the history until she unearthed and verified the Negro Burial Grounds in Savannah.

Lyons partnered with Patt Gunn, founder of the Center for Jubilee, Reconciliation and Healing. They set goals to approach the city to get it to remove Calhoun and Whitefield’s names from those squares, which are maintained by city taxes. They’ve verified the research with historians and archivists and the city’s records on Monday.

Since the 1950s during the height of the Jim Crow era, Savannah toiled to preserve the memory of statesmen who supported the Confederate cause. Among them were John C. Calhoun and the Rev. George Whitfield, whom the city named the historic city squares after.

Calhoun, a South Carolina planter, was vice president of the United States and secretary of state prior to the Civil War. Calhoun coined the term “nullification” and “State’s Rights” in his writings, and he was the pioneer of the secession movement, which resulted in the Civil War.

Whitefield (pronounced Whitfield), an English and South Carolina Anglican minister who co-founded Methodism, was a slave planter and lobbyist who fought for the reversal of a ban against slavery by the Georgia Trust. He preached over 5,000 miles about Christianity was widely known for converting people into Christianity during the “Great Awakening.”  He founded the Bethesda Orphan House in Savannah where 50 of his enslaved children lived when he died.

The city ordinance that changed the name from Negro Burial Grounds to the Calhoun and Whitefield squares does not say why it chose to honor these two men. Savannah’s Archives Director Luciana M. Spracher reviewed the city’s records and found that from 1854 to 1856, “There is no documentation of mass removals from the old cemetery to the new. She found two listings in the municipal ledger showing the bodies of Emily and Rinah, both slaves, who were removed from the “old cemetery” to Laurel Grove on Jan. 29, 1855. They were enslaved residents who were owned by the W.C. O’Driscoll and J.K. Lefft (spellings.).

Additionally, Spracher said, “we do not hold records of the exact numbers of remains removed (and they may not have a good idea of how many bodies they were moving at the time if the burials were not clear in the first place – like burials on top of other burials if it was a crowded site – of if wooded markers had disintegrated before the removals were made.” 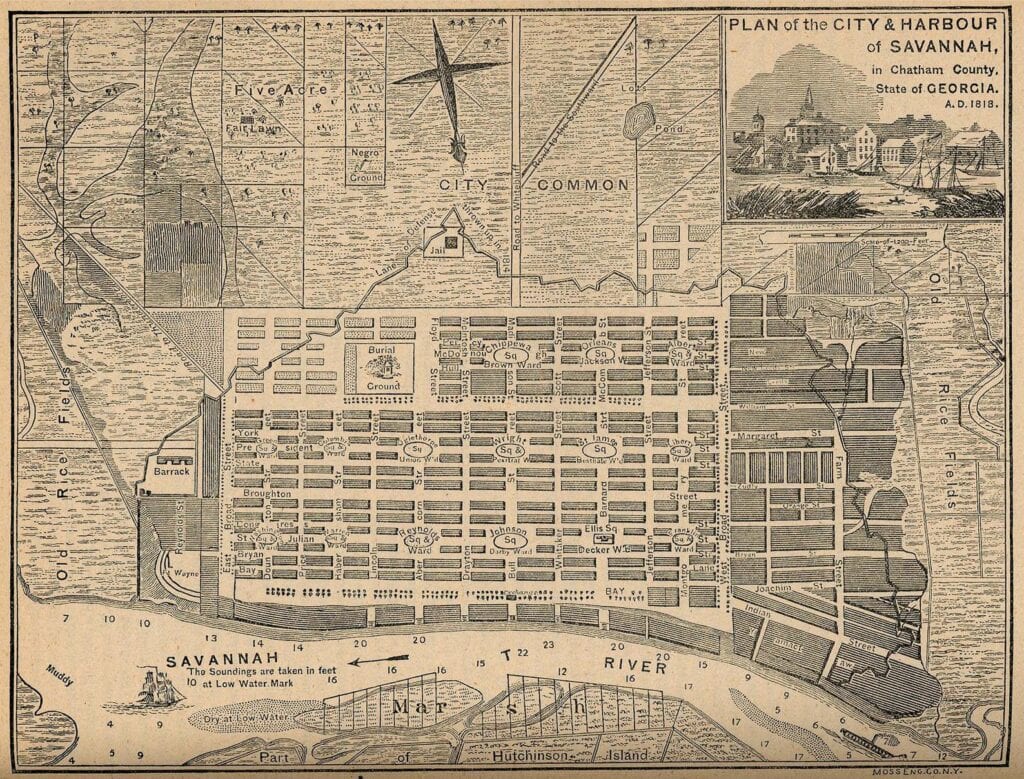 The historic marker at the Laurel Grove South Cemetery says that Pastors Andrew Bryan (First Colored Baptist Church) and Henry Cunningham (Second Baptist Church) were among those whose bodies were moved from the old cemetery.

“It’s not a coincidence,” Lyons said. “We also have to put it in context. The city of Savannah decided to name [those] burial grounds after these particular individuals. It was a strong message to Black people. They named a burial ground after the man who overturned a ban [against] slavery in Georgia, and one of the biggest acts of genocides in our country. That’s not an accident. That’s a clear message. They knew who Calhoun was and who Whitfield was. The burial grounds were open [for close to] 100 years and they knew.”

Lyons and Gunn reached out across the country two months ago to entice 500 people to sign petitions urging Savannah officials to honor the city’s African ancestors and to rename the squares using “Rest With Honor Savannah.” The headline reads, “Change Confederate Name of African Burial Grounds in Savannah, Georgia.’’ So far, 307 people have signed the petition on change.org/restwithhonorsavannah

The petitioners call for the city, which maintains the squares with tax dollars, to:

Gunn and Lyons said Monday they maintain that the squares are “a blatant act of institutional racism and disrespect to the Black and indigenous people that physically built America with their blood, sweat, and tears.”

Gunn said the city councilwoman in her district is aware of the requests.

Gunn and Lyons say it’s time for a change.

In June, the city of Charleston, S.C., removed a statue of Calhoun from a city square where it had stood for more than a century. Clemson University stripped Calhoun’s name from its honors college and Yale renamed a residential college that bore Calhoun’s name.

As news of the burial grounds becomes public, Gunn says Savannah and beyond should think of these “sacred grounds by preserving them.’’

Adrian Anderson, a social worker and associate professor at Savannah State University, says the Black community may have kept the existence of the burial grounds quiet because they were “taught the ways of white supremacy.’’

“White supremacy demands that we must trivialize and marginalize anything related to us,’’ Anderson said.

Additionally, the city has erased its Black history by not creating a wealth of historical markers. City’s historians are “rewriting history, making sure again to marginalize, to exclude and not to cover the details. … The country is moving to change the narrative,’’ Anderson said.

Taylor Stewart contributed to this report.