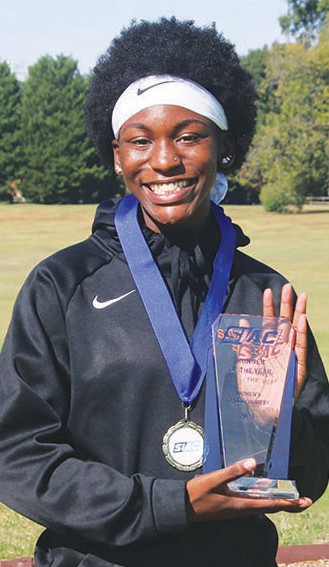 Chance ran a 19:29.0 in the SIAC Championship 5k Friday morning to claim the 2021 SIAC women’s cross country individual title. She was named the 2021 SIAC Women’s Cross Country Runner of the Year for her performance. Mary Shelton of Spring Hill finished in second in the individual race with a time 19:56.5, followed by Benedict’s Jane Kiborus (20:59.2).

The title is the first SIAC Championship for Savannah State Athletics since the Tigers rejoined NCAA Division II and the conference during the 2019 season. The Tigers competed in multiple sports within the SIAC from 1968 to 2000 before moving to NCAA Division I.