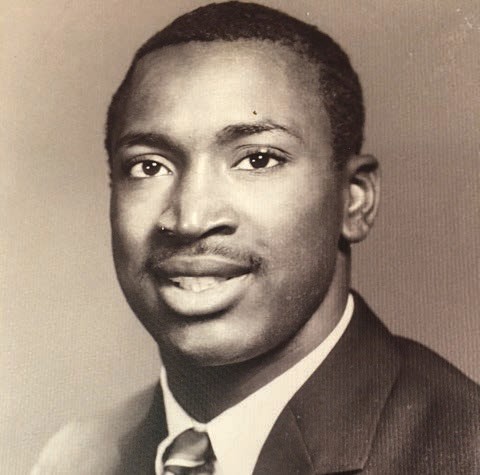 On May 1, 2017 before an assembled crowd of 400 that included family, friends and former classmates , Ben Wesley, along with honorees Gregg Ewaldsen, Jack O’Neil , Patricia “Missy” Willoughby, Charlie Smith and Carl Carter, was inducted into the Greater Savannah Athletic Hall of Fame’s at its 48th Annual Awards Banquet.

“Good Evening. Everything that I have done and all that I hope to do has been and will be guided by my faith, belief in God and through prayer. What a relief I feel after finally being acknowledged for my singular athletic contributions. I am honored and, as with all of today’s inductees, I am deserving.”

“Wesley is regarded as one of the most gifted athletes in Savannah history. He rushed for more than 4,000 yards from 1960-1963 at Tompkins High School and scored 68 touchdowns, helping Tompkins win a state championship in 1960. He earned a scholarship to play football at Benedict College and led the NAIA in both kickoff and punt returns in 1965. He was an honorable mention NAIA All-American the same year. He’s a member of both the Woodville-Tompkins High School and Benedict College halls of fame.” (Savannah Morning News 4/25/2017)

Mr. Wesley began playing football on the dirt streets in West Savannah and on the front row of Fellwood Homes, before leading the mighty Wolverines of Tompkins High School. In addition to football, he ran track and was president of the student council. After graduating in 1963 and before going to Benedict College, he found time to participate in the civil rights marches in Savannah. Along with three friends, he went to Anton’s restaurant, after being denied service and refusing to leave, was arrested. He was arrested over that summer a total of twelve times, and spent more than forty-five days in the Chatham County jail after the last arrest. Prior to his arrest, he had been awarded a scholarship to Wake Forrest College. He lost that scholarship as he was in jail for civil rights demonstrations, and could not report for training. Mr. Raymond Hill, a local businessman, and Benedict’s first All-American football player, recruited Ben for the football team at Benedict College. At Benedict he was a four- year letterman in football and track and was selected a NAIA All-American, the second in the history of Benedict to receive this honor. He was also an Honorable Mention in 1965.

In 1967, he joined the United States Army and upon completion of Officers Candidate School, received his commission as Second Lieutenant in 1969. During the first eighteen weeks of Officers Candidate School, he was required to meet with the Director of Security to explain the details of his arrests in Savannah, to determine if he could be commissioned an officer in the Army. (He and the Director of Security became good friends). In 1970, he completed flight training at Hunter Army Airfield and earned his aviator wings. In 1992, after twenty-four years of active service, he retired having achieved the rank of Lieutenant Colonel. Today, he is a Real Estate Broker and continues to compete in track and field events in the Senior Olympics for the state of Mississippi and is the gold medalist for the past twenty-one years in the 50, 100 and 200 meter events.

Wesley acknowledged that his achievements on and off the field were accomplished through discipline, the ability to lead and, at times, to follow, repetition and heart, all in equal measure in sport and life. “In the classroom, boardroom, and on the field, everyone wants peers and fellow colleagues who know how to perform when they are on the world stage. My experiences here in Savannah have informed my life in a myriad of ways. I apologize if I forgot someone that contributed to my life experience, but know that you are appreciated and cherished. I thank the Greater Savannah Athletic Hall of Fame for this honor and pledge that I will represent this organization with respect and dignity at all times. Thank you very much and may God bless you all.”