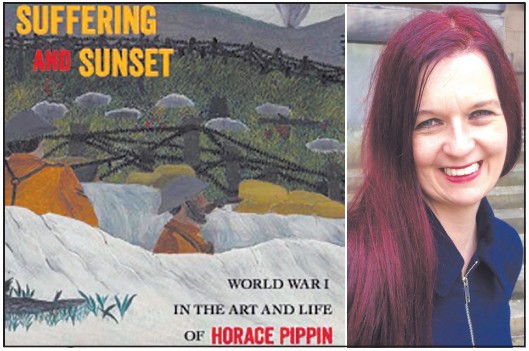 Noted British historian Celeste-Marie Bernier is the featured speaker for the 2017 Jacob and Gwendolyn Lawrence Lecture. Bernier will present the lecture: “’Every Man Were a Man:’ African American Soldier Artists Paint World War I,” at 6pm on April 11 at Telfair Museums’ Jepson Center.

The lecture is based on Bernier’s book, Suffering and Sunset, in which she painstakingly traces a soldier’s life story of art as a life story of war. Horace Pippin served in the 369th African American Infantry and was a self-made artist. War provided a formative experience that defined his life and work. His transformation of combat service into canvases and autobiographies whose emotive power, psychological depth, and haunting realism showed his view of the world and revealed his prowess as a painter and writer.